We are proud to announce we have joined the East of England Energy Group (EEEGR). The organisation represents more than 200 members across the region, ranging from energy producers to supply chain companies. 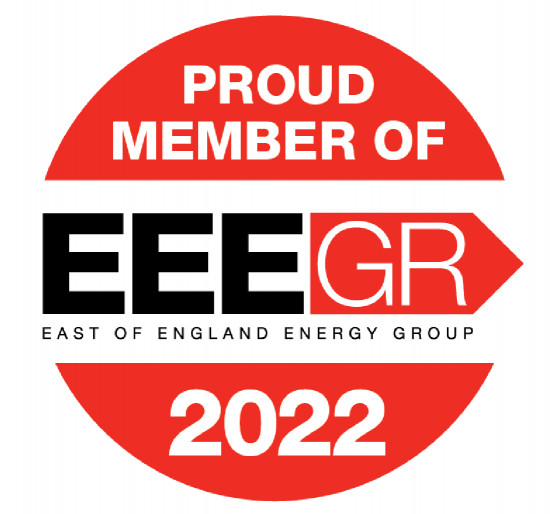 Marex has become a member of the East of England Energy Group (EEEGR).

The organisation represents more than 200 members across the region, ranging from energy producers to supply chain companies.

Earlier this year, Marex opened an office in Lowestoft to support the regional growth, which recognises the significant steps the company has been making in its diversification into green energy.

The move creates two jobs in the Great Yarmouth area, with expansion expected in future.

Marex also recently announced that it has been awarded the marine services contract for the East Anglia ONE windfarm off the Suffolk coast.

The two-year contract with a one-year extension option covers all marine services for the operations and maintenance phase of the windfarm.

Wayne Henderson, managing director at Marex, said: “Joining EEEGR brings a host of benefits that help us promote and grow our business in the east of England.

“Membership enables industry engagement and reflects our ambition to establish ourselves in the region that hosts some of the key hubs for offshore wind in the UK.

“With 25 years of offshore expertise, Marex has evolved to offer a wide range of risk-based methodologies. We solve problems that matter in a highly regulated and complex world.”

The east of England is home to over 52% of the UK’s installed capacity for offshore wind.

Offshore wind accounted for 13% and onshore wind for 11% with the sector is creating about 6,800 full time jobs across the UK.

Other UK Round 3 developments, Dogger and Hornsea, as well as Dutch offshore wind developments are easily accessible from East of England Energy Zone deep-water harbours.

The last two years has seen Marex expand its reach, with more than 20 consultants in various locations worldwide.

It is continuing to expand its international presence to support not only oil and gas but also renewable clients.

The company has been supported in this by the Offshore Wind Growth Partnership (OWGP). Participation in the WEST programme in 2021 provided Marex the market intelligence, specialist advice and insight required to develop their confidence and crystallise their offering to the offshore wind sector, supporting them to successfully enter the supply chain.